Not A Laughing Matter: The Science Behind What Makes Us Laugh 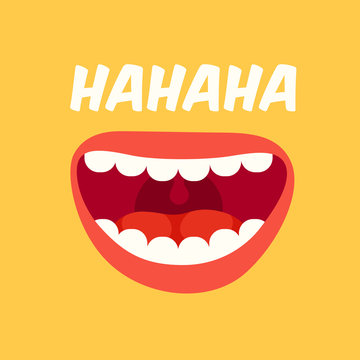 We’ve all been there. Rolling on the floor, face red as a tomato, unable to stop guffawing about something ridiculous. Laughing is a common part of daily life. It puts everyone in a good mood and is just generally a fun activity. It feels great to be in on the joke! But when you stop to think about it, it hardly makes sense. What causes something to be amusing? And have you ever wondered what makes us laugh?

According to scientists, it’s not always about something being funny. There are two types of laughter: Duchenne and non-Duchenne. The former is real, spontaneous, and legitimate laughter that stems from joy or entertainment. It comes from the brain stem and limbic system, which control emotions. The latter is more planned and usually occurs when whatever you’re laughing about isn’t actually amusing. It’s controlled by the voluntary premotor areas of the frontal cortex, which are thought to play a part in planning movements. Take this as an example of non-Duchenne laughter: have you ever laughed when you felt nervous about something? Feeling nervous isn’t entertaining. So, why do you laugh? Well, it’s a way to calm yourself down. When you laugh, it releases endorphins (feel-good chemicals in your brain) that make you feel a sense of well-being. This tricks you into feeling a bit more relaxed in a stressful situation, even if only slightly. Laughing after something awkward happens could also be a way to let out relief. It’s like saying, “Phew. I thought that conversation would turn out way worse.” It’s a way for you to signal that the “danger” of the situation has passed. Similarly, you can release nervous energy by laughing. That’s why people laugh at dirty or dark jokes, or whenever something seems “wrong.”

So, what are some things that most people find funny? To start, incongruity can usually stir up a pretty good laugh. This is when something seems to come out of nowhere and doesn’t relate to the current situation. It’s also triggered when a social norm has been violated (in a way that isn’t offensive). These things create a lighthearted atmosphere, indicating relaxed, safe times. This makes people happy, and it makes them feel like it’s okay to goof around. Many people also laugh at the misfortunes of others. It seems that we love finding mistakes in things other people are doing. We recognize these mistakes and laugh at them, unless, of course, we’re the ones making them. Doing this is actually mostly to point out to others that you noticed the mistake. We unconsciously expect it to raise our social status and make us more respectable. Our laughter at (and recognition of) these mistakes is supposed to make people think that we don’t make the same mistakes because we’re treating them like a joke.

But where did laughter come from, and what is its real purpose? It all started long ago, when humans were still evolving from their ape ancestors. Many primates groom each other to exhibit friendliness. Because it takes a lot of time and dedicated work, it shows them that they care about each other. However, as we evolved and communities started growing, we couldn’t go around grooming everyone! There were just too many of us for that kind of one-on-one attention. So, we started laughing because sounds can be shared with much larger groups. Eventually, this took the place of grooming entirely as a way to show people you want to connect with them. This is still how laughter works today! In fact, in a study of thousands of conversations, the speakers were found to be 46% more likely to laugh than the listeners. Laughter is a social technique, and actually 30 times more likely to laugh in a group than we are on our own. Another study had  many young children watch a cartoon with or without a friend. They were found to be 8 times more likely to laugh when someone was watching the show with them, even though they were just as likely to say the cartoon was funny either way. Think about it… do you find yourself laughing more with your friends?

Laughter has always been kind of confusing, and scientists still aren’t sure why we make the strange “heh heh” noise that we do when we’re amused. However, we do know one thing: nothing beats a good laugh.