Top 8 Most Popular Pets In The U.S. 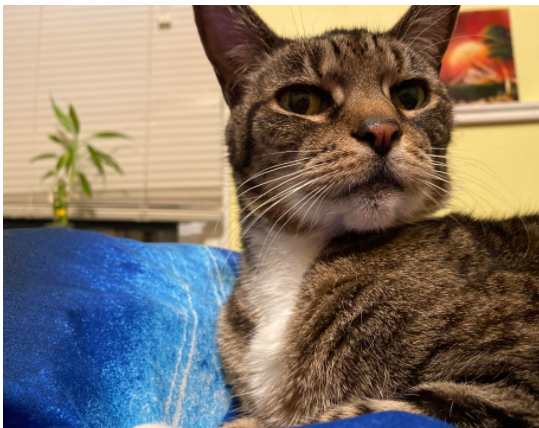 We all know that quarantine has affected everyone in many ways. mentally, physically, and emotionally. People can’t see family or friends due to the chance of being exposed. On the other hand, people have one last companion, pets. So many on this mediocre planet we call earth. You may be wondering what pets get more attention and why. Well, this is what this article is all about. The top eight most popular pets are headed your way.

Fish. The most popular house pet is surprisingly freshwater fish, with over 130 million fish owned across the country! Some of the most popular species of fish include bettas, guppies, neon tetras, and of course the well known… goldfish! These fish are most popular in the U.S. due to their simplicity.
Cats. Coming with a whopping 88.3 million, cats are the second most popular pet in the U.S. Some preferred species are the American Shorthair, the British Shorthair, and the Siamese. There is a reason why cats are the second most popular. They are solitary meaning they don’t really need another companion to survive. They can go to the bathroom by themselves, groom themselves, so on and so forth.
Dogs. Coming in with a number of 74.8 million dogs owned around the country! There are so many types of dogs that people choose from to fit their lifestyle or just their favorite breed. Some of the most commo

n breeds are golden retrievers, huskies, and german shepherds. There are still so many unique different dog breeds not on this list.
For the fourth most popular pet, we have birds! There are over 16 million birds owned in the U.S. Birds aren’t that popular because they are quite a lot of work. They require a cage and food, toys, and most of the time, they need a companion. Believe it or not, birds can become depressed. Some of the most popular bird species are the Budgerigar, cockatiel, and the green-cheeked parakeet.
Rodents are surprisingly very popular in the U.S. with 24.3 million. Some people aren’t big fans of rodents. They think that they destroy property and are disgusting and small but they are actually very intelligent. Some of the most popular rodents include hamsters, guinea pigs, and gerbils. All of them are very cute!
There are 13.8 million horses owned across America. They aren’t that popular, mostly because you need a barn or a large space to properly care for one. They also need specific foods to maintain health. Since horses are mostly large animals, they need strong bone structure and strong bones that come from a diet rich in calcium.
Reptiles are the seventh most popular pet in the U.S. with 13.4 million of them being owned across the country. Reptiles are popular because people often find them cool or mysterious and interesting. Some of the most popular reptiles are small snakes, bearded dragons, and chameleons.
Saltwater fish aren’t too popular in the U.S., coming in with 9.6 million. The reason why they aren’t too popular is that they are high maintenance. They are very hard to keep healthy, need warm water, a specific pH level, and ammonia levels higher than a freshwater tank. Although some fish like the Sheephead have very cool physical attributes, they don’t live very long outside of their natural habitat.

Many people say that dogs or cats are the best, but this year we learned that pets will forever be our best friends. They have kept us company and warmed our hearts when we are feeling down. They give us cuddles and we play with them. No matter what, we will always love them even through rough times.