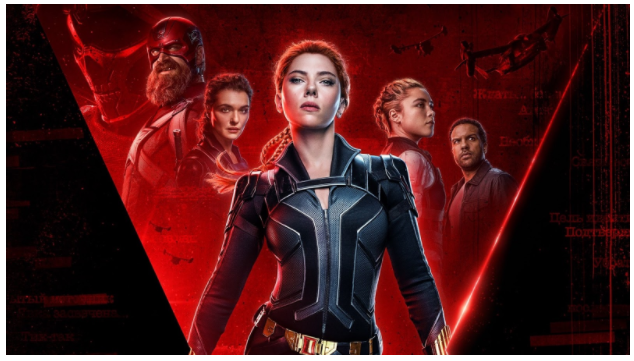 Over the past thirteen years, Marvel Studios has become one of the biggest film studios of all time. From shows to movies, this great studio has everything to offer. The MCU (Marvel Cinematic Universe) offers comedy, great action, cute romances, and more! Now fans have even more to be excited about, for Marvel is soon to be releasing many new movies and shows.

Before The Guardians of the Galaxy, before Ultron, before even Avengers, there was Iron Man. The movie was a massive hit, being the number 1 box-office attraction, meaning that it sold the most tickets (around the time it came out.) There are very few people who don’t know who Iron Man today. With his arrogant attitude and crazy technology, he’s not someone viewers are likely to forget. The movie Iron Man soon led to many other films, most of which were huge hits as well. Some of these first movies included Captain America: The First Avenger, The Incredible Hulk, Thor, and Iron Man. Eventually, the Avengers were well known, along with The Guardians of the Galaxy. Even though the movies strayed from the comics, fans couldn’t seem to get enough.

One of the biggest movies in phase 3 and of the entire MCU was Avengers: Infinity War which set up Avengers Endgame. Infinity War came out in 2018 and is a fantastic mix of action and comedy along with a great villain named Thanos. The plot revolves around Thanos, who wants all of these crystals that make up and control the universe called the infinity stones. He wants to get all six so he can destroy half of life in the universe. But the Avengers will give everything they got to try to stop the mad titan and save everyone.

“Have you heard, there’s going to be a movie based off of Black Widow!”

“Finally, Black Widow will have her own movie!”

It’s no secret that Marvel will be releasing many new films within the next year or two. Black Widow is just one of these, and it’s starting to get some attention. Fans have always wondered about Black Widow, about her past, and about who she really is. This new movie is believed to answer all those questions about the first female avenger. When Natasha (the Black Widow) confronts dangers and people from her memories, she comes to the realization that she can’t continue running from her past. This movie’s planned release date was originally May but was pushed back to July 9, 2021, due to COVID-19. In only a few month’s time, all the questions about the mysterious Black Widow will be answered.

Looking even further into the future, another movie titled The Eternals is scheduled to be released in November 2021. Many of these new movies and shows will be emphasizing diversity on both the set and in the real world. This is furthermore shown in The Eternals as one character is deaf. There is not much known about what this movie will be about, besides that it is about immortal beings. The director is a Chinese woman named Chloè Zhao who has won the Director’s Guild of America Award for Outstanding Directorial Achievement in Theatrical Feature Film (in 2020). Along with this award-winning director, actors Angelina Jolie, Salma Hayek, and Richard Madden, to name a few, will be starring in this upcoming film.

Thor: Love and Thunder, the fourth installment in the Thor series, is yet another Marvel movie coming out soon. This one’s expected release date is to be February 11, 2022. In this film, the new king of Asgard, A.K.A. Valkyrie, will be revealed as a lesbian character, adding even more diversity to Marvel. Additionally, Natalie Portman (original actress portraying Jane, Thor’s previous girlfriend) will be playing a female version of Thor. In Love and Thunder, will Thor and this new female version of him fall in love? How will this new female character be like Thor? Will she have powers too? How will she meet Thor? Just wait a few more months and everything will be known about this upcoming movie.

Black Panther 2, Guardians of the Galaxy Vol.3, Captain Marvel 2, and a new Fantastic Four movie are all new films expected to be released in or around 2022. There are clearly many new movies coming out in the next few months, but what about the new Marvel shows? Continue reading to find out more about them.

WandaVison was the first Marvel show to be a Disney+ original and was a massive success. The show had thousands of fans theorizing and guessing what was going to happen next each week a new episode was released. The amazing work on this show got fans even more excited for the next Marvel shows. The Falcon and the Winter Soldier is about Sam Wilson (A.K.A. The Falcon) and Bucky Barnes (A.K.A. The Winter Soldier), a duo that doesn’t exactly work well together to stop an organization called The Flag Smashers. Along with the new Captain America, John Walker, Bucky, and Sam’s skills are tested along with their patience with one another. If you’re interested, check it out on Disney+.

The next show coming out this year is not about a hero but more of a villain. Yes, Loki releases on June 11th and is one of the most anticipated Marvel shows of the year. The story takes place after a pivotal scene from Avengers: Endgame when Loki (played by Tom Hiddleston) picks up the tesseract and gets transported to a strange place called the Time Variance Authority (TVA). Once there, Loki must help the timekeepers restore the proper flow of time. But Loki is the God of Mischief and definitely has some tricks up his sleeve. Additional cast members include Owen Wilson, Sophia Di Martino, and Jaimie Alexander. So lookout for the first episode of Loki on June 11th.

In conclusion, Marvel is loved by many people of all ages. From the comics to the movies and tv shows, there is something for everyone to enjoy. Marvel Studios continues to produce great things, one after another, and it’s no wonder why this studio is one of the best. So keep an eye out for new Marvel content coming out soon as it’s bound to be great.