Olympics… Yay or Nay? Should the 2021 Olympics Happen? 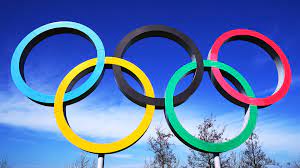 This past summer, the Summer Olympics were supposed to take place in Tokyo, Japan. But as we all know, the COVID-19 pandemic had already been in full swing. As a result, the IOC (International Olympic Committee) had to postpone it until the summer of 2021. Now that summer is coming, it begs the questions of, “What will happen to the Summer Olympics this year? Do we keep the Olympics in Tokyo, do we move the Olympics somewhere else, or do we just cancel the Olympics for this year again?” Where do you stand?

Some people believe the Olympics should be in Tokyo because the  pandemic has been ongoing for a year and safety precautions have been established. Many sports are individual like tennis, gymnastics, golf, track and field, swimming, diving, and archery, among others. There are 49 Summer Olympic sports and most of them are individual or socially-distanced sports. The Super Bowl continued this year, and that’s not a socially-distanced sport. Players and spectators have proven that they can wear masks and socially distance to be able to let the games continue.

Just for the Olympics, Japan has invested $25 billion dollars in building the stadiums in which to hold the events. It wouldn’t be fair for Japan to spend all that money on something they can’t even use! According to the Japanese Prime Minister, Suga Yoshihide, on Vox.com,  “‘I am determined to realize a safe and secure Tokyo Games as proof that mankind will have to overcome the virus.’”

In consideration of the money Japan has spent to host the event, and the vaccine solution in place, the socially-distanced sports, and even the masks it is already common to wear in many parts of Asia, are you on Team Tokyo?

There is a lot of misinformation regarding COVID-19 out there. Unfortunately, many people have the assumption that traveling to Asia may be unsafe. COVID-19 has been thought to have originated in China. In current news, many Asians have been the target of hate crimes because some people think that Asia is at fault for this pandemic. So although unreasonable, not only will some people be scared to travel close to the supposed origination point of the Coronavirus, but the threat of violence might also keep visitors away.

While lockdown in countries around the world closed down training facilities and interrupted qualifying events, the athletes have been preparing for the 2020 (now 2021) games, and are ready to compete now. It wouldn’t be fair to have them wait another 3 to 4 years for the next regularly scheduled games – they may not even qualify to participate again! This lockdown has made athletes stressed and uncertain about the possibility of their future in competition. By the next games, some athletes may have aged out, retired from competing, or who knows what could happen after so many years. A famous athlete, gymnast Simone Biles, has been interviewed about this discussing how the lockdown was stressful to her but that she also just wants to compete. “Whatever they say they want us to do, I’m in 100%, because I’ve been training so hard, and I’ve just been so ready.”

Team Move Olympics suggests we move the games away from Japan to a more neutral location that can quickly adapt to hosting the games, with or without an audience. We’ve been in this pandemic for a year already and we now have several vaccines rolling out around the world. If the athletes, staff, and visitors take it the games can still go on and the athletes can take advantage of the training they have invested their lives in.

The very last choice that some have considered was canceling the Olympics for this year. It may sound insane and unfair based on the reasons above, but it could be a reasonable choice.

It would be super safe for the reason that COVID-19 spreads by contact and by breath. So if someone is infected, either in the crowd or in the Games itself, there is a probable chance that the infection could spread. So having no gatherings is one of the best ways to ensure that the Olympics are not a super-spreader event!

It seems that there is a light at the end of the tunnel with the vaccine distribution in place, but it’s notable that it isn’t available everywhere yet.  We are nowhere near having the virus completely behind us globally, so we should be patient and wait until it is completely safe for everyone. According to Vox.com, Mary E. Wilson, a clinical professor at the University of California San Francisco and visiting professor at Harvard University, said that the Olympics are the “ideal setting” for something like the coronavirus to spread… “Even if things are under control in many places, bringing people together for the Olympic Games could help reignite infection in multiple other ways.” That said, not having the event is the best way to avoid a possible mass spreader event.

In conclusion, there are three sides to this argument represented by the three teams: Team Japan, Team Move Olympics, and Team Cancel. To recap, Team Japan spent a bunch of money on building the stadiums, and other sporting events have been successful during Covid. Team Move could keep the Olympics continuing for this year and could be in a safer place. While Team Cancel is the safest option, it would have some negative effects on the athletes.

All three teams have their reasoning and their ideals but through it all, they still are connected to each other. To demonstrate, Team Japan and Team Move Olympics both want the games to happen, while Team Cancel and Team Move both are unsure about the Olympics happening in Tokyo. But it seems like Team Tokyo and Team Cancel are on opposite sides of the argument. Can an agreement be made in time?

Besides all that, reader, it is time for you to decide, what team are you on?

BREAKING NEWS: March 20th, 2021 CNBC News announced that the Olympics will happen in Japan. However, Japan will bar international spectators from entering the country for the Olympics.