The “Sole” Of Sneakers 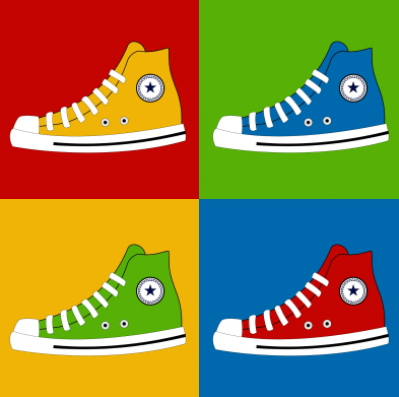 Sneakers. What comes to mind? It might be the 1970’s high-top staple, the Chuck Taylor Converse, or maybe it’s the timeless Jordan Air Force 1´s.  Or maybe, it’s the recently popular Adidas Ultraboosts. It might even be the black and white checkered patterns of Vans. Sneakers have become so much more than footwear when you go out. With celebrities to athletes to musical artists rocking exotic pairs of sneakers, they have become a fashion staple around the world.  Instead of something you wear on your feet, sneakers have become collector’s items, a creative art form, an outlet for self-expression, and a cultural phenomenon.

The Timeline Of Sneakers

The history of sneakers dates back to the mid-1800s, and it has been a long and complicated road to the colorful, crazy sneakers we know today.  Plimsoll was the original name for sneakers back in the late 1800s. Charles 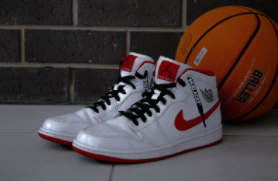 Goodyear, (you may have heard of him), discovered vulcanized rubber in 1839. This opened the door for Wait Webster, who put a thin fabric layer, over an even thinner rubber sole. He called them Plimsolls. They were originally used for vacationers who wanted something comfortable on their feet. Then, Goodyear came back in 1892 with a redesign of Webster’s sneakers. A new and improved version with a thicker rubber sole to provide more support. Goodyear called them Keds. Both versions were worn, until 1917, when Goodyear mass-produced the Keds. Everyone wore them, and plimsolls were left in the dust. Keds were a great running shoe, and Goodyear realized this. He started marketing them as running sneakers. The name sneakers came to be because the soft rubber soles were so quiet when you walked, you could “sneak” upon someone. In 1936, Adolf “Adi” Dasler, came out with a modern-day running shoe. Highly recognized, famous athletes like Jesse Owens wore them. Skip ahead to the late 1940s, the iconic Converse, came out with the first basketball shoe. Basketball athletes wore them and became basketball’s signature shoe. In the 1950s, Goodyear again switched his marketing strategy, targeted towards families and comfort. However, he was still sticking with the basic rubber sole and fabric outline. Jump ahead 25 years later, and Adidas comes out with a spiked shoe for better traction. The man did business boom. Sprinters, baseball, football players, any athlete wore them. Finally, came the day in 1984 when Micheal Jordan signed with Nike, and it would change the sneaker market forever. Everyone needed to have a pair of Jordans, and they were ½ the price they are today! Jordan and Nike continued to make advances in the shoe industry with Airmax, and Jumpman. Adidas became a more lifestyle sneaker, whereas Nike rules the athletic world. That’s where we are today. As you can see, it really has been a long and complicated road to the shoes we know today.

The Development of Sneakers Today

Sneakers are more than something you wear on your feet. They are pieces of memorabilia, a way to express yourself, a hobby for enthusiasts, and worldwide culture. People have devoted their lives to collecting pairs of 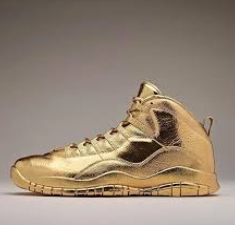 sneakers, and now, they aren’t just fabric over the rubber. Pairs have sold for over $1,000,000! This particular pair, owned by none other than Drake, made of 24k solid gold, costs over $2,000,000!They aren’t even wearable! Drake is a self-proclaimed sneaker-head. The “sneaker-head” culture is a world for people who just love anything about sneakers. Sneaker-con is a giant convention where people from all over the world can come together, and trade shows. It is the headquarters for the sneaker phenomenon One man, Benjamin Kapelushnik, sells shoes out of his bedroom. He will get you any shoe you want. He has made over a million dollars!  Due to this sneaker craze we live in, a 22-year-old man makes loads of money. That’s crazy! Personally,  I really love sneakers. I am not a very creative person, but I feel shoes are a way for me, and everyone else, to show creativity. Shoes are a widely popular fashion trend, and the development from fabric and rubber to solid gold is pretty crazy.

With sneakers being a fashion piece for celebrities, people around the world want to buy the shoes that their favorite athlete endorses, or their favorite singer wears to their concerts. Sneakers today can range anywhere from $50 to over $1000! Quite honestly, I would be too afraid to wear $1000 shoes on my feet! According to www.msn.com, as of June 2020, Nike has 7 of the top 10 highest selling sneakers in the U.S. Clearly shown, Nike is a dominant force in the shoe industry. The Air Jordan line has been the biggest thing for shoes since basketball legend Micheal Jordan endorsed it in 1984. One type, the Air Force 1’s, are a must. The iconic color combinations and the Nike swoop have been a big hit amongst sneaker lovers. They will always be a staple in the sneaker  world, but a new style has become popular in recent months: Elevations. Yes, a little platform on the underside of the shoe that will “elevate” your fashion game. Old favorites have applied this newfound sneaker trend, and have become popular again. Chuck Taylors, Vans, Reebok have all taken the shoes “up” a notch (see what I did there?). If you want a fashionable alternative to your current sneaker, look no further than the fresh takes on classic shoes. My personal favorite, the elevated Air Force 1’s, will get you a 100% guaranteed spot on the top dressed list.

Now, my intentions of this paragraph were not to sound rich or snobby, but the shoes I mentioned above can get a little pricey. With the pandemic still affecting the income of many around the world, I understand that some people cannot afford to splurge $100 on a sneaker. I searched the internet and found some very accurate recreations of these iconic shoes, for a fraction of the cost. You could buy all 3 for less than $100. Vans, Converse high tops, and the Air Force 1’s replica links can all be found on Amazon or Walmart.com.

In conclusion, the development of sneakers from that day in 1892, to 2021, has been absolutely inspiring. The vibrant colors, the off-the-wall patterns, and all the work that goes into creating that perfect sneaker.  The culture that surrounds the shoes is pretty awesome, and I hope that I gave a glimpse into the popularity of sneakers. I realized during this research that sneakers are just a fashion statement, and they can be very expensive. While the sneaker-head culture today can become a very costly obsession, many similar styles can be found online for a fraction of the price. Shoes are just one way people can express themselves. Either way, I encourage you to go online and explore the wide world of sneakers and take a second to admire the form of art that is the widely popular fashion piece.