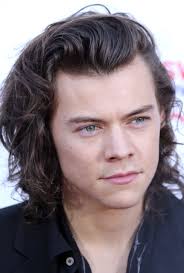 In November 2020, Harry Styles appeared on the cover of Vogue wearing a dress, making him the first man-identifying person to do so. Many people, including myself, found this inspiring and groundbreaking, however, some others did not. One of the most notable of these 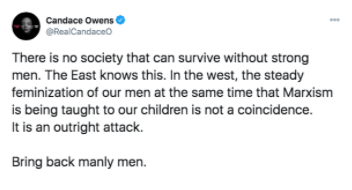 was conservative commentator Candace Owens. She argues that “If clothes make the man, then the clothes better be ‘manly.’” Owens’ statements were broadcast in a series of tweets responding to Style’s donning a Gucci gown replete with lace and ruffles, with a black blazer on top of it for the cover of the Vogue December issue. Candace referred to Style’s attire as “an outright attack” on society and the “steady feminization of our men.” She remarked that his clothing choice was relevant to “Marxism being taught to our children.” I don’t know about you guys, but I haven’t been taught much Marxism. She ended her statement with a declaration of “Bring back manly men.” A crisis is going on at the moment- a global pandemic, police violence against black people and inflated racism and bigotry because of it, as well as election complications- guarantees that tensions are high in the U.S.     Candace Owens tweet in response to the Vogue cover.  However, the fact that the tweet racked up over 100,000 likes in one day has hit a nerve with many people, specifically the 1D and Harry Styles fandom.

Fans were quick to defend Styles, as well as many celebrities including Olivia Wilde, Zach Braff, and Jameela Jamil. “Lord of The Rings” star Elijah Wood responded, “I think you’ve missed the definition of what a man is. Masculinity alone does not make a man. In fact, it’s got nothing to do with it.” “Harry Styles is plenty manly, because manly is whatever you want it to be, not what some insecure, toxic, woman-hating, homophobic [REDACTED] decided it was hundreds of years ago. He’s 104% perfect.” Jamil added. She also added an image representing the 18th-century Euro-centric fashion choices of men in wigs, makeup, and tights, suggesting that what Owens thinks is feminine was once considered masculine.

In response to the backlash, Candace tweeted, “I’m impervious to woke culture. Showing me 50 examples of something won’t make it any less stupid,” while promoting her book and responding to critics’ posts.

While Harry Styles’s cross-dressing is the most relevant at the moment, he’s certainly not the first to do so. Whether it be by actually cross-dressing or simply wearing makeup and/or nail polish, people have been doing it for centuries. Celebrities like David Bowie, who would iconically have a lightning bolt across his face. That was back in the late 70s to the 80s. Makeup and femininity have also always been an important part of the alternative scene. For example, trad-goth icon and member of the band ‘Siouxsie and The Banshees’ Steven Severin has always been quite experimental with his appearance and gender-expression. Nirvana frontman

Kurt Cobain was also known to have worn many dresses in his time. 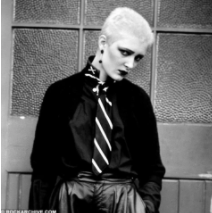 In the 2000s, many pop-punk bands such as My Chemical Romance and Fall Out Boy wore makeup, specifically eyeliner for the most part, as a part of their brand. It became a staple of that type of music. There are also several celebrities from the current day, including musician Dominic Harrison, also known as YUNGBLUD, who are not afraid to get in touch with their feminine side. Gender itself is nothing more than a social construct, so when I say “feminine”, I mean clothing and presentation that is typically associated with people who identify as a girl.

In closing, while Harry Styles wearing a dress on the cover of Vogue may seem groundbreaking, (and to be fair, for many people it is), people have been doing it for years. This was just one of the most widely-advertised and highly-marketed instances of it.