The 2021 NBA Season: What It Will Look Like and Futuristic Predictions 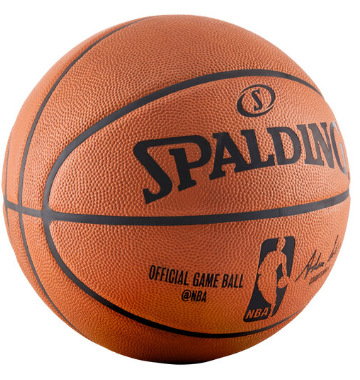 The year 2020 brought wildfires in Australia, the 2020 Summer Olympics got cancelled, and, of course, COVID-19. The Coronavirus caused many sports including Baseball(MLB), Soccer, Tennis, Cricket and more to be cancelled for a long period of time. For a while, it was very hard for many sports fans to cope with  because due to quarantine everyone had to be home which meant no visiting anyone to watch games with, no going to the stadiums/arenas and, most importantly, no sports until we were able to improvise safely with major sports and NBA. The NBA transitioned to the pandemic world in many ways, and this new 2020-2021 season that has already started.

How the NBA Season Transitioned to COVID-19 Protocols

The NBA officially suspended its season on Wednesday, March 11, after a Utah Jazz player by the name Rudy Gobert  was found to have tested positive for coronavirus moments before a game began in Oklahoma City. The league announced that the suspension would begin on Thursday, but the final game of Wednesday’s games for the NBA was canceled soon after the announcement, according to the New York Times and the NBA. This period of suspension for the NBA lasted for over 100 days (nearly 4 months!) which led to a lot of money lost for the NBA. According to the NBA, it lost 450 million dollars in gate revenue while losing over 200 million dollars to ticket revenue which in total is over half a billion dollars! The situation with money decreasing and a whole lot more issues created many problems for the NBA which led them to quickly figure out a way to bring back basketball safely, which is where the NBA Bubble Starts.

After the NBA season shut down on March 11, discussion quickly turned to the big questions about the rest of the season and how they would resume the season, but the questions were when, where and how. As it turned out, according to ESPN and NBC Sports News, the “when” was July, after more than 100 days away. The “where” was the Walt Disney World Resort in Lake Buena Vista, Florida. And the “how” was a bubble environment concept that saw a massive list of safety protocols enacted but also saw a return-to-play unlike anything sports fans had seen before, according to First Take Sports News and ESPN. The first players arrived on July 7 with the idea of  players, coaches and the 22 teams invited, not to mention league staffers and media members and reporters to uproot their lives to spend months away from home at the Walt Disney Resort for three full months in an isolation zone for the final 8 games of the regular season. These would determine and lead on to 16 teams eligible for the playoffs and 6 teams to be removed from the 22 teams originally invited, so the rest of the 16 teams left to start the playoffs and crown their NBA finals champions. For the 2019-2020 NBA season, the NBA Champions were the Los Angeles Lakers, which was their 17th championship. This tied the Lakers with the Boston Celtics for the most championships in history so far.

The NBA soon after started their 2020-2021 pre-season games on December 11, 2020 and their first real games for the 2020-2021 season December 22, 2020. The whole regular season should go through, with playoffs dates being determined near the end of the season. This season each team should play 72 regular-season games, which is 10 games fewer than in a typical 82-game NBA season according to the NBA Commissioner Adam Silver. Due to the Coronavirus, the league decided to limit traveling to other states for the NBA and to have no fans in many NBA arenas except for some arenas that are only allowed to have fans to be limited to either family and friends.  The league also decided to include daily testing of players and staff beginning in advance of individual workouts beginning on Dec. 1 and will continue going forward. In addition, there are several other procedures to ensure healthy and safety.

Another protocol the NBA added was the schedule placement. According to NBA.com, the schedule will be released in two segments, with the first half of the schedule coming around the start of training camp and the second half of the schedule coming out during the latter part of the first half. For now, the plan is for each team to play three games against each intraconference opponent (42 total), and two against each interconference opponent (30 games). Negotiations with free agents began at 6 p.m. ET on Nov. 20, with signings permitted starting at 12:01 p.m. ET on Nov. 22. That is a quicker window than usual in the NBA, which typically has about a week spanning the start of talks and the beginning of signing.

Predictions for the Season

From what has been recorded for the past 3 seasons so far, usually teams that have a lot of superstars with different positions such as teams such as the Lakers, Clippers, Suns, Philadelphia 76ers, and Celtics, usually always make the playoffs in their conference, according to ESPN. In my opinion, I agree with them because teams that have very good players from each position usually allows the guys to cope better and win more because all the pressure doesn’t land on one guy. This allows teams to understand each other and to have better chemistry on and off the court. This leads me to say that, so far, the teams that are currently in the top 10 for each conference have a very good chance of making it to the playoffs.

According to NBA.com, this are the top 10 teams currently in each conference as of January 12, 2021:

The NBA season only has 8 teams from each conference that go to the playoffs. The top ten so far of each conference team rankings will predictably still be there as the season goes on because so far they have been the teams that have made it to the playoffs in the last 5-6 years on and off. Therefore, they should have a better chance of dominating the regular season and playoffs, in my opinion. Those two current rankings  are what the NBA rankings and team stats are in terms of how many wins or losses they have for the top ten teams in each conference. According to the NBA website, those teams are very close to last season’s rankings. Those rankings were:

Click here to see all of the current NBA Rankings

As you can see, last year’s rankings almost match this year’s current rankings, which shows why I believe the top ten of each conference so far will be the teams to dominate in the regular season.  Therefore, these teams have the best shot of dominating the regular season and playoffs because so far they have had the best records in the past 3 seasons of their conferences. This means they should have the upper hand, but with all the new things happening this season it is still hard to predictably figure out exactly the top teams of each conference.

Overall, with draft picks coming in every season, expectations are always high for each team and, most importantly, each player. That being said, each year there are trades that can start a dynasty, like the ‘90s Chicago Bulls or The Golden State Warriors  3 championships run. With that in mind, it’s important to understand many things can change in basketball. Teams that look to have an amazing season might have their most valuable player get injured right at the start which can hinder the teams chances of even dominating in the regular season. Another case is that a player could get COVID-19, which can affect the team and players in many ways or the teams that they are going up against. When it comes to basketball in the NBA, this 2020-2021 season is going to be very interesting to watch because of the new twist that has come upon not just the NBA but every single sport. From the courts/arenas having little to no fans, from the huge money loss in revenue, to different players and coaches having to face every single health protocol to make sure their teams can be safe. All makes this new season of sports, especially the NBA, so very interesting to watch and analyze to see who will thrive, be the best, and come out on top at the end.

“Everything That Happened in the NBA Bubble.” ESPN, ESPN Internet Ventures, 8 Oct. 2020, www.espn.com/nba/story/_/id/30055011/everything-happened-nba-bubble.