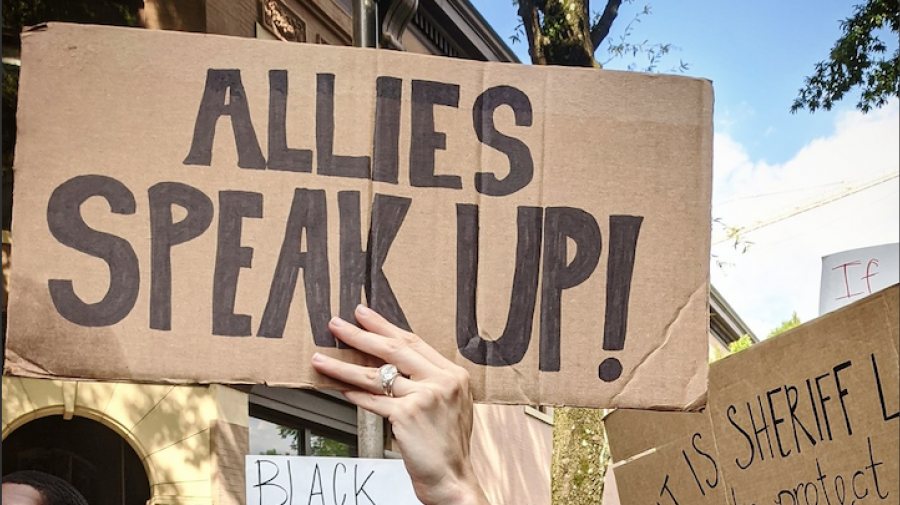 I wish there were words in the English language that could summarize how angry everyone is about the victims of police brutality and racism, myself included. People have tried to get rid of racism in our country before with the Civil Rights movement and using the hashtag #BlackLivesMatter. Sadly, these protests weren’t enough. As Kenneth Clark, an American psychologist, states, “I read the report of the 1919 riot in Chicago, and it is as if I were reading the report of the investigating committee of the Harlem riot of 1935, the report of the investigation committee of the Harlem riot in 1943, the report of the McCone Commission on the Watts riot (1965).” What Clark is trying to say is that every time Black Americans protest peacefully, nothing changes. Reports are filled out and the world goes on as usual. That’s why citizens are worried that if they only protest peacefully, they will go unnoticed. That’s why buildings are being looted and burned down. But all that does is make people scared and the cops more reckless. We’re barely halfway through the year and America is already dealing with COVID-19 and now riots. America is supposed to be a symbol of freedom, not a symbol of chaos. 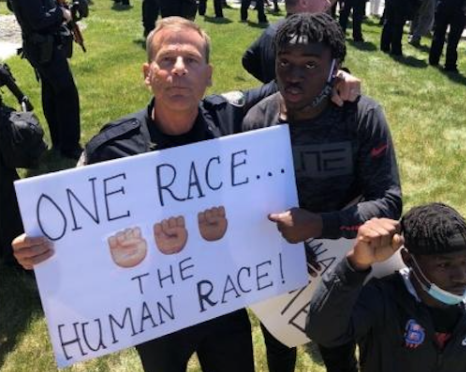 This photo with a police officer and a Black man represents what is right. We are all one race and we should all try to protect each other. But we can’t protect each other if we are divided. Racism is like a hydra. Remove one head and two more will take its place. The only way to get rid of it is to burn it at the stumps. Unfortunately, the stumps are well guarded. We can’t have one side try to do damage while the other is either too scared, lazy, or arrogant to fight.

History shows us that white people wanted inequality and power. If people from the past saw what’s happening now, they would like it. And those same ideas that favor white people in power have been passed on. Those ideas are what’s protecting the stumps. In order to truly get over racism, we need to let go of the past and lead onto the future. People of all races and ethnicities need to unite and understand that we are not a threat to each other unless we make each other a threat.

If America truly wants change, we can’t have another Harlem Riot that’ll spark little change. There will always be people out there too full of their own ego to change, and most of these people are in power. My sister once said that good people don’t value power, so most good people don’t rise to power. This is especially true now. But we mustn’t stay silent because of political figures or our own ignorance of not knowing how racism feels. We must act because it’s right. This isn’t only a Black person issue. This is an American issue. This involves all of us. And we must all act, no matter what color our skin is.