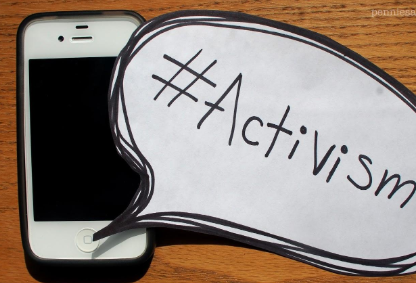 In 2019 the most popular hashtag was #love, with #photooftheday coming in second. While many people turn to social media for memes and pictures of their friends, it has also been very impactful in many social justice movements. Many of the groups fighting for justice and equality have taken their beliefs to social media, through the use of hashtags. In 2016 the world was amazed at the efforts of #womensmarch. People fighting for racial equality have used the hashtag #blacklivesmatter to spread the important message about police brutality. Finally, the LGBTQ+ community has advocated for equality through the use of #loveislove. These hashtags have let groups spread their message faster. Overall the use of hashtags and social media has changed activism for the better.

To begin, feminists are a group that has used social media very well. Following the 2016 presidential election, a group of women organized the Women’s March. There were 673 marches held worldwide. This large number of marches was made possible because of the women who organized it, and their use of social media. The march spread the word by using #womensmarch on different posts. The organizers also created a campaign to make and wear pink hats, as a sign of solidarity.

Another popular movement that feminists started on social media was the #MeToo movement. Before it was made into a hashtag, Tarana Burke coined the phrase in 2007. Ten years later actress Alyssa Milano turned it into a hashtag. The purpose of the #metoo movement is to show support for victims of sexual assault or harassment in the workplace, of any gender. The hashtag was used on many different platforms and within the first 24 hours, it was used in over 12 million posts. A year after the original post the hashtag was tweeted over 19 million times. Since then the hashtag has been used 61,911 times per day. This use of social media has allowed for progress in the workplace and the way people have viewed the victims of sexual assault. Overall the movements that have been used and started by women have helped many people.

Another prevalent movement that has been utilized is social media is activists focusing on racial equality and representation of minorities. A very popular movement on social media was the campaign, #BlackLivesMatter. The campaign is focused on ending targeted violence against black communities. The campaign started in 2013. Alicia Garza, Patrisse Cullors, and Opal Tometi created the movement. They were responding to the acquittal of George Zimmerman, the police officer who murdered 17-year-old Trayvon Martin, who was unarmed. Since the campaign began there are now over 40 chapters. According to a Pew Research Center,  the hashtag was used almost 30 million times between July 2013 and April 2018. That means, on average, the hashtag was used 17,002 per day.

Another issue for African-Americans is the lack of representation. That’s why Marley Dias started #1000blackgirlbooks. Dias was frustrated about the lack of diversity in her school reading materials. So she took to the internet and challenged people to find 1,000 books with black girls as the main character. Instead, she collected over 10,000. The campaign inspired many schools to try to add more diversity into the media it was providing its students. These uses of the hashtag have greatly helped in spreading the word about the fight for ending discrimination.

Twitter is the home of these movements, and the statistics about the hashtags are very interesting. According to the Pew Research Center, the most used social justice-related hashtag on twitter is #lovewins, which had over 7 million hits from 2013 to May 2018. #lovewins was created to celebrate marriage equality for LGBTQ+ citizens. The hashtag was popularized after the supreme court decision to legalize same-sex marriage. The hashtag is used to show LGBTQ+ pride, and to celebrate the court decision. The LGBTQ+ community has faced many issues over the years. One event that caused a huge movement was the Orlando mass shooting, in which a shooter killed 49 people in a gay bar in Orlando. Following the shooting popular hashtags such as #westandwithorlando and #loveislove were popularized to show solidarity for victims of LGBTQ+ related discrimination, and the families of the killed.  These hashtags are often used by the community and their allies.

In conclusion, although many times activism may seem impossible, the internet has allowed for campaigns to take root, and cause real change. Maybe you can cause change just like this. Think about something you care about, such as an issue or group. Then post about or hashtag it. And soon you’ll be an #activist!