The Biggest Blowouts of the 2019 NFL Season 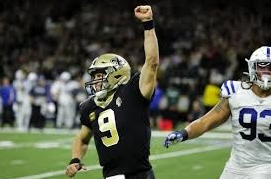 The 2019-2020 season was a big year for the NFL. The league celebrated its 100th year of football. It was sure an exciting and fun year of watching football because of the fabulous MVP Lamar Jackson, the starting quarterback for the  Baltimore Ravens. He lit up the field with his amazing running abilities. Though it may have not been much fun, as the defense was trying to stop him. Most of the time they couldn’t and this caused many blowouts wins. You’ll see a lot of the Baltimore  Ravens, the AFC North division winners, on this list of biggest blowouts of the 2019 NFL season.

The Steelers defense played great by only allowing one field goal the entire game.

The 49ers scored at least one touchdown per quarter in the 2nd week of the regular season. 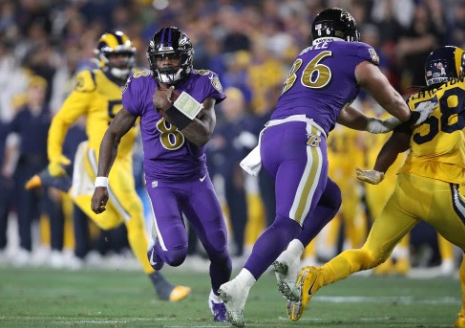 On this Monday night game, the Jets offense had a hard time doing anything against the Patriot’s great defense who now had two shoutout wins this season.

The Packers were just overpowered on this Sunday night game, they couldn’t stop the 49er’s offense.

In week 17, the last week of the season, the Cowboys put on a show at home to finish the season against their division rival, the Redskins.

Lamar Jackson, the Ravens quarterback,  had another amazing day as he ran past the Bengals defense.

On this week’s 12 Monday night showdown, the Ravens scored at least one touchdown a quarter and only gave up two field goals the entire game. They moved to have 9 wins and only 2 losses on the season.

In week 2 the Dolphins got held to 0 points against Patriots and their spectacular defense.

This was week 1 of the 2019-2020 season and Lamar Jackson and the Ravens delivered a beating against the Miami Dolphins to begin the year 1-0.

These big blowouts happened because of many different variables. Some games were uneven. Some teams underperformed. Some teams had injured players. All of these factors caused there to be many big blowouts this year. You can expect more in the future. So keep watching for some big wins!