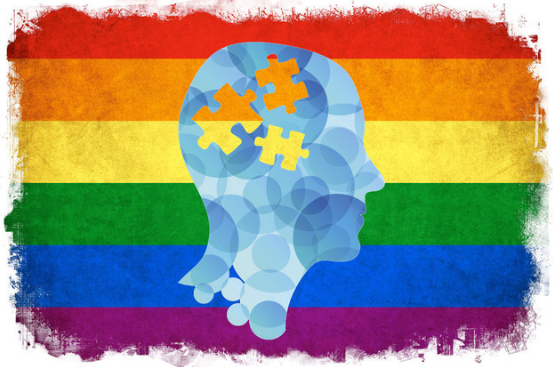 LGBTQ+ mental health needs to be a community that people understand and that people care about. Did you know that “34% of lesbian, gay and bisexual students were bullied on school property, 28% of lesbian, gay and bisexual students were electronically bullied, and 13% of lesbian, gay and bisexual students did not go to school because of safety concerns”? These statistics are insane because the rates are high. These rates need to be lowered! One way that you can help lower these rates is to understand the problems. Some of the problems that affect this community include bullying, anxiety and depression, and the ways that bullying, anxiety, and depression cause mental health issues. However, by understanding the supporting our school’s Gay-Straight Alliance, you can help stop these mental health issues.

A major cause of all mental health issues is bullying. Some people, especially kids, tend to fear ideas that they don’t understand yet. This is normal! Many kids don’t understand the LGBTQ+ community yet. Because of this, kids bully people in this community because they are different. While nationally representative data are not yet available based on gender identity, it is known that transgender youth often suffer even higher levels of bullying and violence than their non-transgender peers. Students who were bullied in person or electronically were five to six times more likely to miss school because of safety concerns.

The result of most bullying is anxiety and depression. For LGBTQ+ the bullying almost never stops because there is so much negativity against the LGBTQ+ community. Recent studies confirm that up to 65% of LGBT people suffer from some level of homophobia. Homophobia is when someone is afraid and against the LGBTQ+ community. This amount is alarming but expected on how new the thought of liking the same sex is. Between 30 and 60 percent of lesbians, gay men, bisexuals, or transgender people deal with anxiety and depression at some point in their lives. That rate is 1.5 to 2.5 times higher than that of their straight counterparts.

Bullying causes mental health issues like anxiety, depression, and other much worse effects. Most recently, a study found that discrimination was heavily associated with mental health disorders in lesbian, gay, and bisexual people. In this study, the author talks about how discrimination and bullying cause mental health problems. Discrimination is a big problem in schools with kids who don’t understand that the comments that they may be saying are hurtful to their peers, which can lead to youth depression and sometimes in very extreme cases, even suicide attempts.

One way that people can deal with anxiety and depression is by meeting with a school Gay-Straight Alliance (GSA) every week. GSAs are clubs that are safe places for LGBTQ+ people to share their experiences and feelings and work together with straight people to overcome homophobia in schools. Our school’s GSA is called the Falcon Alliance. Falcon Alliance was created by Shannon Burns and Annabelle Atkins because they realized that the high school had a GSA and they thought that the middle school should have one too. Finally, after months, they got an official club! The Falcon Alliance members encourage people to join because they do fun games and people can be themselves without judgment. They also understand that just because two gay people hang out does not mean that they are dating

As you can see, bullying has a huge effect on mental health and with the amount that LGBTQ+ people receive, it can draw them to the point of taking their own lives. Bullying, anxiety, and depression cause mental health issues, but our school’s GSA, the Falcon Alliance, helps stop these mental health issues. We encourage you to stand up to bullies and if you have questions, just ask students respectfully if they are open. If they aren’t open to discussion, and they say that they don’t feel comfortable answering the question, you must be respectful of their choices. We hope you know now what most LGBTQ+ people go through on a daily basis. We encourage all of you to make a difference in your community and help the LGBTQ+ community take charge and fight against the prejudice against them.